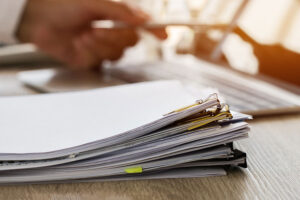 Veterinary Centers of America (VCA) has released its first social impact report highlighting its fundraising achievements and commitment to veterinarians.

This is part of the company’s new series of annual reports, which will bring transparency to its animal welfare efforts.

“We always strive to change lives for the better, and in the process, our own hearts are forever transformed, inspiring us to work ever harder for the pets who deserve nothing less than the very best we can give,” says VCA cofounder and chief executive officer, Bob Antin. “We care. Since our founding in 1986, our unflagging commitment to pets has inspired us to go to ever greater lengths to ensure their health, safety, and happiness.”

One of VCA’s main goals is to better the lives of animals in Canada and across the United States through philanthropic outreach. In 2018, it raised $1 million in donations and provided more than $1 million in pre-adoption medical care to animal welfare groups across the United States. During disasters such as the California Woolsey Fires and Hurricane Florence, more than 100 VCA hospitals helped out during the crisis. They aided with the evacuation of animals and provided no-charge health exams and vaccinations.

VCA says it is also committed to the success of current and future veterinarians. In 2018, it presented scholarships to more than 700 students to help address the growing deficiency of veterinary professionals.

“Attracting the best and brightest to the veterinary profession, and preparing practitioners for its challenges, is a VCA priority,” says the company’s animal hospitals and petcare services president, Doug Drew.