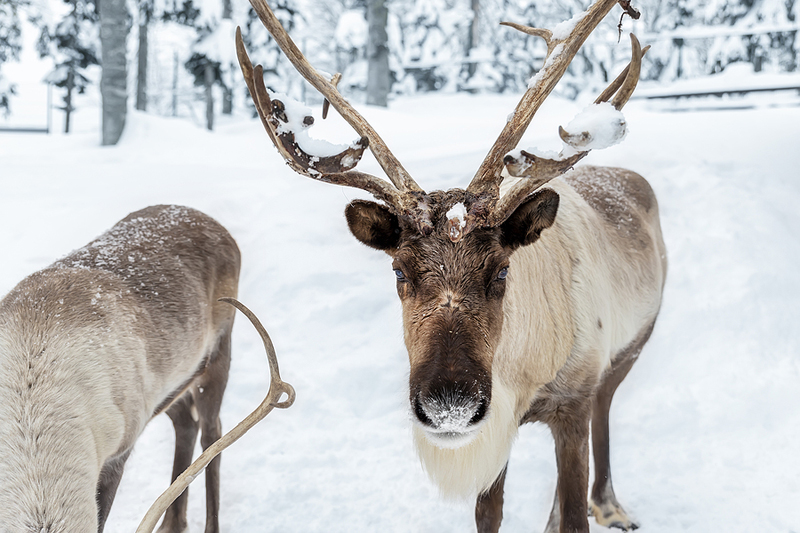 Rudolph, Dasher, Dancer, Prancer, Vixen, Comet, Cupid, Donner, and Blitzen have been cleared for travel by the Atlantic Veterinary College (AVC) at the University of Prince Edward Island (UPEI).

Veterinarians and veterinary technicians from both the college’s large animal service and the AVC Wildlife Service visited the North Pole this past Saturday to perform the reindeers’ annual physical exams ahead of their big flight on Dec. 24.

The hearts, lungs, and muscles of the animals were all found to be in great working order, the college reports, and the animals are good to go.

“Over the weekend, we had the pleasure of performing large animal physical examinations on nine reindeer,” says AVC’s interim dean, John VanLeeuwen, DVM, PhD. “Although we normally don’t share patient information with the public, the owner of the reindeer felt it was in the public’s best interest to know their status for flight.”

The only unusual observance, AVC reports, was that one reindeer appeared to have a red, shiny nose akin to a lightbulb. As such, veterinary staff consulted with Brian Wagner, BSc., PhD, a professor of bioluminescence in UPEI’s department of chemistry, to ensure the nose was functioning properly.

Once the patient was cleared by Dr. Wagner, AVC staff gave his nose a shine. Additionally, all of the animals were groomed and had their antlers cleaned.

“The most essential component for us was to make sure their hooves were clean and clear of any debris,” Dr. VanLeeuwen says. “Reindeer are covered in hair from their nose to the bottom of their feet. This gives them a good grip when they walk on frozen ground, ice, mud, snow, or, in this case, roofs.”

While the animals will be well fed prior to flight, those who would like to help boost their nutrition are encouraged to leave out carrots and the occasional apple.

“Too many apples can be a problem for their stomachs,” VanLeeuwen explains.

Written with files from AVC.