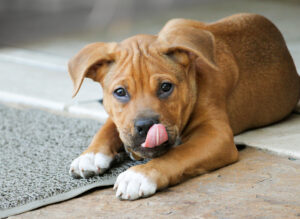 The Ontario Society for the Prevention of Cruelty to Animals (OSPCA) has changed its policy on euthanasia of dogs involved in attacks and on enforcing the pit bull ban.

Though provincial law states certain circumstances may allow a court to order an animal be euthanized, the OSPCA says it will decline to enforce legislation conflicting with its mission to protect the welfare of animals.

One such piece of legislation is the Dog Owner’s Liability Act (DOLA). This law restricts ownership of pit bulls and allows destruction of dogs deemed by a judge to jeopardize humans’ or domestic animals’ safety.

“DOLA is a piece of legislation focused on protecting people from animals,” OSPCA said in a statement.

“OSPCA’s mission is to prevent and protect animals from cruelty. DOLA is enforced by police and municipal animal control and enforcement has never been the focus of the society.”

According to an article by The Toronto Star, the only exception to this new decision will be in cases when euthanasia is ordered by a veterinarian and is deemed the most humane course of action for the animal.

In situations involving pit bulls without behavioural problems, the dogs will be transported out of province to a location where it is legal to own them.