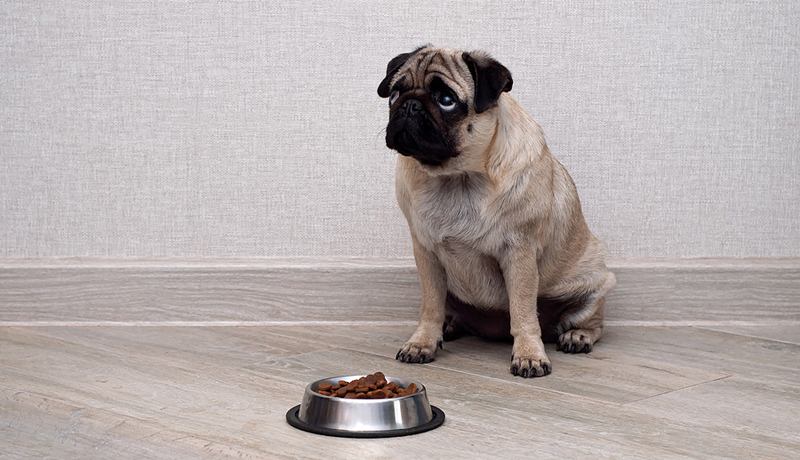 While the majority of pups may not be the pickiest of eaters, there’s no harm in ensuring their dining experience is as enjoyable as possible.

A study published in the American Chemical Society’s (ACS’) Journal of Agricultural and Food Chemistry has identified aroma compounds in dog food that seem to be the most appealing to canines.

“For dogs, palatability depends on a food’s appearance, odour, taste, and texture—just as it does for people,” according to a news release from ACS. “Previous studies have suggested odour is especially important for dogs.”

Researchers began the experiment by feeding six adult beagles one of six foods for one hour each and determining how much the dogs ate.

The three most popular dishes—one containing (E)-2-hexenal (which humans associate with an unpleasant, fatty odour), 2-furfurylthiol (sulfury, roasted, smoky odour), and 4-methyl-5-thiazoleethanol (meaty odour)—saw intake two to four times higher than that of the other three foods.

“Using mass spectrometry,” ACS stated, “researchers found that 12 volatile aroma molecules were correlated, either positively or negatively, with the beagles’ intake of the six foods.”

The aroma compounds of the ‘fatty,’ ‘smoky,’ and ‘meaty’ dishes were then sprayed on odourless foods, and the beagles were offered a choice between food containing one of the compounds and the odourless food.

The canines were, indeed, found to prefer the aromatic dishes.

This research was conducted at Jiangnan University in Wuxi, China, by Maoshen Chen, PhD, and colleagues. To access “Characterization of the Key Aroma Compounds in Dog Foods by Gas Chromatography–Mass Spectrometry, Acceptance Test, and Preference Test”, click here.