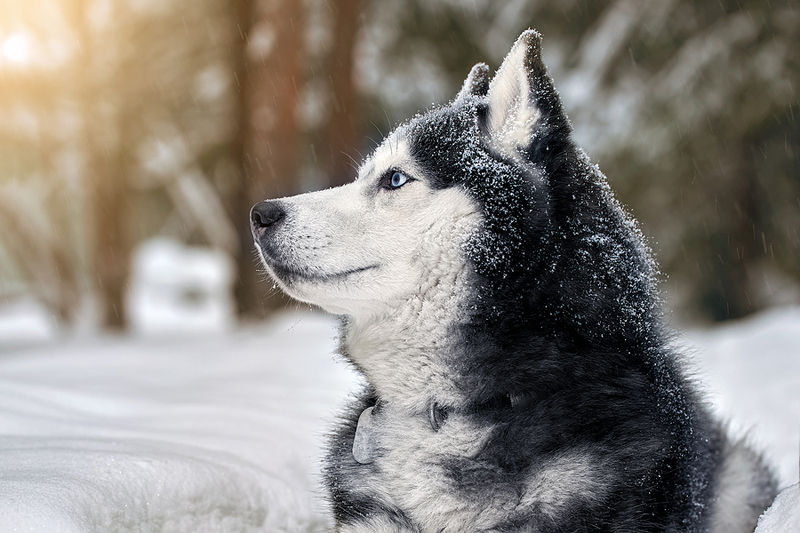 Dogs living in colder climates may be more likely to be diagnosed with diabetes, the University of Pennsylvania School of Veterinary Medicine (Penn Vet) reports.

To investigate the relationship between geography, seasonality, and diabetes, Penn Vet researchers gathered information on 960 dogs located across the United States that have been diagnosed with diabetes mellitus.

“This link is something that has been discussed in regard to humans with Type 1 diabetes, but it’s never been rigorously looked at in dogs,” says the study’s senior author, Rebecka Hess, BSc, DVM, MSCE, DACVIM, a professor at Penn Vet. “It’s important to explore because dogs and people live in the same world. If the environment—cold temperatures and seasonality—are important in this disease in both species, it gives us something to look at with further research.”

Pet owners surveyed by Penn Vet were asked to indicate their state of residence, as well as information pertaining to their dog, including the animal’s current age and its age at the time of diabetes diagnosis.

The North also stood out when the research team explored geography, with 46 percent of diagnoses occurring in dogs in this region (compared to 27 per cent in southern states, 15 per cent in central states, and 12 per cent in the West).

The geographic data was particularly interesting, Penn Vet notes, because many more dogs—more than 31 million—reside in the South compared to about 24 million in the North and about 13 million each in the central and West regions.

“To be honest, I was surprised we found this connection, even though it had been hinted at before,” Dr. Hess says. “I was always skeptical of the data. When I saw our results, it was quite clear. The findings were strengthened by the fact that diabetes diagnoses were more prevalent in both the winter and the North. Results would have been more difficult to interpret if, for example, we had found increased prevalence in the winter but also in the South.”

While the underlying cause of the correlation is not known, Hess speculates the findings may relate to how the body processes either vitamin D or insulin, Penn Vet reports, adding that, in human studies, lower levels of vitamin D have been connected with an increased likelihood of diabetes.

“Given the close relationship between humans and dogs, and the parallels we see when it comes to diabetes, it behooves us to look,” Hess says.

The findings have been published in PLOS One. For more, click here.