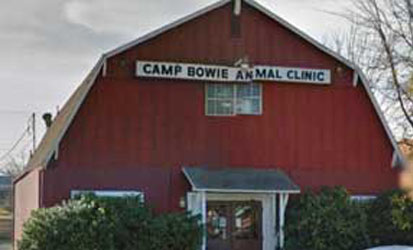 The Camp Bowie Animal Clinic in Fort Worth, Texas, is under investigation for animal cruelty and theft.

The clinic allegedly informed clients Jamie and Marian Harris that because Sid, their 5-year-old Leonberger, had a degenerative spinal condition, the best option was euthanasia.

The Harrises agreed, and state they, along with their son, said goodbye to Sid and consented to burial by the vet, only to receive a phone call six months later that Sid was still alive. Mary Brewer, a veterinarian technician, revealed to the Harrises that Sid had been subjected to blood transfusions and spent the majority of each day caged in his own feces and urine.

Despite these conditions, the Harrises were told Sid was healthy enough to walk. "It was like getting punched in the stomach and then some. This has rocked our world," Marian Harris said, according to NBCDFW.com.

The Harris family has since rescued Sid and taken him to other veterinarians for proper treatment. Other animals at the clinic have been removed for evidence and are now housed at Animal Care and Control in Fort Worth. The hope is to shed light on the practices of the Camp Bowie Animal Clinic and to hopefully prevent such practices by any clinic in the future.