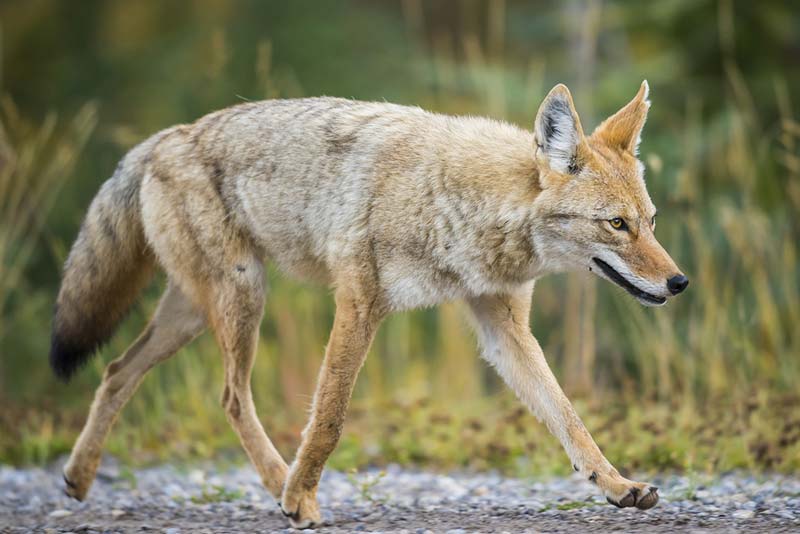 A parasite capable of making humans seriously ill has been found in Alberta’s coyotes, foxes, and rodents.

This is according to research out of the University of Calgary Faculty of Veterinary Medicine (UCVM).

Considered common in Europe, the tapeworm, echinococcus multilocularis (E. multilocularis), was first detected in Western Canada’s wildlife in 2012. The following year, the region saw its first diagnosis of human alveolar echinococcosis (AE), a tumour-like disease caused by the parasite.

Since 2016, six more people in Alberta have been diagnosed with the potentially fatal disease, which develops in humans slowly over several years and causes lesions, typically in the liver.

“This evidence is the smoking gun: these AE cases are locally acquired and they are caused by an invasive strain coming from Europe that has spread all over Alberta,” says Alessandro Massolo, B.Sc., PhD, a researcher on the study and an adjunct professor of wildlife health ecology at UCVM (now based at the University of Pisa in Italy).

“This European strain is known to be very virulent for people, and now is everywhere in wildlife and even in dogs. From a public health perspective…[this] is very relevant, because it has to change the way you assess the risk for this disease.”

Dr. Massolo, along with fellow researchers Claudia Klein, DVM, PhD, and Kinga Kowalewska-Grochowska, MD, are reporting a high incidence of infected wildlife in areas across Alberta, including urban off-leash dog parks in Calgary.

The disease is typically spread through the feces of coyotes and foxes that have ingested infected rodents. Dogs and cats acquire it through contact with the waste, developing adult worms and passing eggs in their feces.

People often become infected by eating unwashed fruit or vegetables contaminated with parasitic eggs. The parasites are not visible to the human eye, which means the disease also can spread through hand-to-mouth contact after handling contaminated soil or an infected pet’s fur.

“For pet owners, careful hygiene is important, as is regular veterinary care for their dogs,” says Massolo.

The collected data supports the hypothesis that establishment of a European-like strain of E. multilocularis in local animal populations may result in the emergence of AE in North America, researchers say.

“The fact [the strain] is widely spread in wildlife and… is causing these human cases of AE suggests very strongly we are facing a new emergence, and a change in what we thought was the risk of AE,” Massolo says.