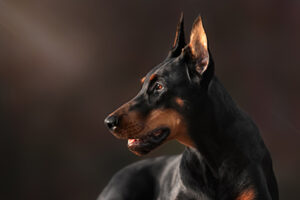 Genetic testing can be used to predict if a dog is at risk for developing certain diseases, enabling preventative care for better health, reports a new study by Wisdom Health and Genoscoper Laboratories. Published in PLOS Genetics, the study, “Frequency and distribution of 152 genetic disease variants in over 100,000 mixed breed and purebred dogs,” also shows fewer mixed-breed dogs than purebreds are affected by the most common disease-causing mutations tested in the study.

“There has been a long-standing perception that mixed-breed dogs are less disease prone than purebred dogs,” said Cindy Cole DVM, Ph.D., DACVCP, general manager at Wisdom Health. “This DNA-testing-based evidence shows that while mixed-breed dogs are in fact less likely than purebreds to develop the recessive disorders evaluated in the study, they may still be carriers.”

Based on the 152 diseases tested:

Additionally, the three body systems most commonly affected across both the purebred and mixed-breed dog populations were:

The research also suggests that some diseases have been eradicated from breed pools, likely through the proactive management of healthy breeding practices (i.e. DNA testing and sustainable breeding decisions). For example, X-linked Severe Combined Immunodeficiency (XSCID), a mutation originally found in basset hounds, appears to have been eradicated in the breed according to the study.

DNA testing can help veterinarians establish preventative care plans with clients if their dog is determined to be at risk for one of the genetic diseases tested (e.g. exercise-induced collapse).

“For owners, understanding for which genetic diseases their dog is at risk can help them and their veterinarians design a personalized care and wellness program for their dog,” said Jonas Donner, Ph.D., chief scientific officer at Genoscoper. “More broadly, for veterinarians to understand which disorders are common across the overall population is extremely valuable information for the future of proactive medical care.”