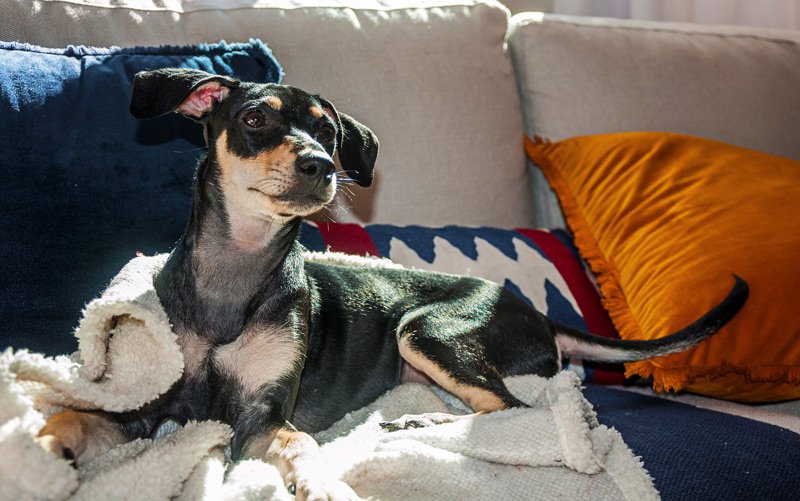 Ticks are now a common topic of conversation among Canadian veterinarians. We have seen rapid changes in the abundance, distribution, and activity of several tick species, in part because of climate change. The greatest focus has been on the blacklegged tick, which has expanded its range into many areas of Canada. Although blacklegged ticks certainly deserve the attention, the time has come to shed some light on another tick species—the brown dog tick—which has been crawling below the radar.

In the next issue of Veterinary Practice News Canada, Katie Clow, DVM, PhD, an assistant professor in One Health in the department of population medicine at the Ontario Veterinary College (OVC), offers an overview of these unwelcome visitors, as well as some tips for what veterinarians should look for.

Check out the excerpt below.

The brown dog tick (Rhipicephalus sanguineus) is a three-host hard tick with worldwide distribution, predominately in tropical and subtropical areas, as well as warmer temperate regions. This species is believed to have originated in Africa and was subsequently transported to new locations via domestic dogs. This process continues to this day.

Indeed, studies conducted at OVC reveal the vast majority of dogs with reported brown dog tick bites have a history of travel. In a small number of cases, this exposure was attributed to a pet accompanying their owner on vacation; however, most submissions were from dogs that had been rescued internationally, mainly from locations in the southern United States and the Mediterranean basin.

Rescuing dogs from abroad has become a growing practice in Canada—and, currently, there are minimal import requirements for these animals. Given the relatively long feeding duration of a brown dog tick (five to 21 days for adult females), it is possible for a dog to be transported a long distance and be rehomed before the tick is even finished its meal! This is where the issue begins.

Brown dog ticks are unique in they can survive in areas of low humidity, such as a house, kennel, or veterinary clinic. Once feeding is complete (this occurs during each life stage), these ticks will leave their host and hunker down in a small crevice or crack where they will either moult to the next life stage or—in the case of an adult female—lay thousands of eggs.

The lifecycle of this species can be quite fast, especially in warm areas; development from egg to larvae to nymph to adult can occur within three to six months. It is common for most activity to go unnoticed, especially since approximately 95 per cent of their life is spent off the host. Thus, by the time ticks are repeatedly noticed on a dog, there is typically already a massive infestation in the home. When this is extreme, it is not uncommon to see ticks crawling up walls, on furniture, and across the carpet.

To read the rest of Dr. Clow’s article, be sure to check out the upcoming issue of Veterinary Practice News Canada!