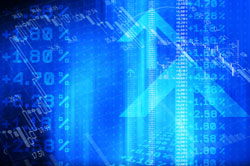 “Our Webster Veterinary and Patterson Medical units were affected by the difficult economic environment to a lesser degree than Patterson Dental,” said James Wiltz, president and chief executive officer. “Webster received a strong sales contribution from its acquisition of Columbus Serum, and the integration of this large and well-established distributor is proceeding on schedule.

“This acquisition is an important strategic investment, since it expands Webster’s geographic coverage, improves its economies of scale and allows Webster to accelerate deployment of its value-added model.”

Overall, Patterson reported net income of $46.9 million on revenue of $759.5 million for the second quarter, compared to $53.7 million and $742.0 million, respectively, in the year-ago period.