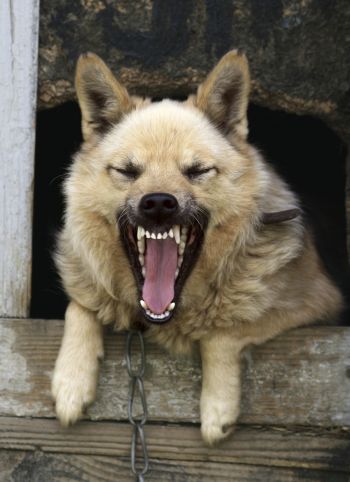 By By Lou Anne Epperley, DVM

Untreated, rabies virus in humans is most certainly a death sentence. The good news is the virus spreads slowly through the body and modern treatment is very effective with few unpleasant side effects, said Kristy K. Bradley, DVM, MPH, Oklahoma's state epidemiologist.

“What I see a lot of times is that people think (rabies testing) is an emergency situation, and it’s not,” she said. “It travels slowly, and gives us the luxury of time so we don’t have to make hasty medical decisions.”

Since rabies is strictly neurotropic, it spreads only through the nerves—not blood or lymph, said Bradley, who is president of the American Association of State Public Health Veterinarians.

“That’s why there is no test you can do on a live animal. The only reliable test, still today, is euthanasia and testing of brain tissue,” she explained.

While the rabies incubation period is three to six weeks, an animal is contagious only if the virus has reached its brain and is transmitted through saliva.

“If you have a person jogging down the street who is bitten by a dog, the dog should be placed in quarantine,” Bradley said. “The person doesn’t have to immediately start prevention shots, because the dog will show signs of encephalitis definitely within 10 days.”

Rabies post-exposure prophylaxis consists of an initial administration of rabies immune globulin and five doses of human rabies vaccine over four weeks, according to the U.S. Centers for Disease Control and Prevention in Atlanta. The injections are given in the arm muscle. Cost of actual treatment is more than $1,000, and “The cost per human life saved from rabies ranges from approximately $10,000 to $100 million, depending on the nature of the exposure and the probability of rabies in a region,” the agency website states.

Veterinarians are generally familiar with encephalitic signs exhibited by rabid animals, but human rabies is less talked about. According to CDC literature, the first symptoms are flu-like, including general weakness or discomfort, fever and headache.

You May Also Like  Telemedicine from the front line: A practicing veterinarian’s perspective

“There may be also discomfort or a prickling or itching sensation at the site of the bite, progressing within days to symptoms of cerebral dysfunction, anxiety, confusion and agitation,” Bradley said.

Next, the victim may become delirious, show abnormal behavior, hallucinations and insomnia. The acute period of disease typically ends after two to 10 days, and rabies is usually fatal once clinical signs appear, according to the CDC.

Following that, rabies antibody titers should be checked every two years and a booster vaccine is recommended if the titer drops below 1:5 level, she said, adding that with the advent of modern cell-culture vaccines, a human rabies titer can remain above 1:5 for 10 to 12 years.