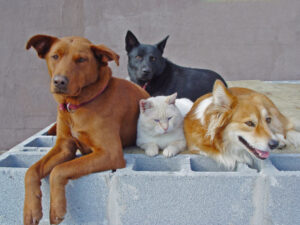 Eighty-six percent of animals surrendered to shelters are there because of reasons related to the owners’ circumstances, not pet related, according to a new study by Pethealth Inc. of Oakville, Ontario, Canada.

The study was based on data collected from almost 800 animal-welfare organizations and about 1.4 million cats and dogs brought through the organizations’ doors.

Animals that were returned to the shelter after being initially adopted were analyzed separately, classified as a “return” animal rather than a “surrender” animal, and those statistics were compiled separately.

The top 10 reasons reported for surrender were:

For animals that were returned to the shelter after an adoption, results were mixed. Pet-specific reasons were more common and included behavioral, barking or training issues (9 percent), problems with family pets (8 percent), animal health or age (8 percent) and aggression towards humans (4 percent).