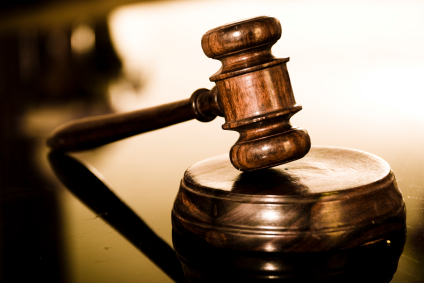 The Maryland Department of Agriculture’s State Board of Veterinary Medical Examiners is making the public aware of the agency’s routine regulatory activities.

It recently sent out a media report naming six veterinary practice violations. In one case, the board found that a veterinarian in Montgomery County had violated the Veterinary Practice Act by failing to provide basic care to the pets under his care, providing false information to pet owners and failing to take appropriate and timely steps to return pets despite frequent owner attempts to retrieve their pet.

The violator’s license was suspended for six months and he was prohibited indefinitely from boarding and hospitalizing animals and placed on three years of probation.

“We want the public to be aware that state agencies want to protect consumers,” said Laura Downes, the board’s executive director. “Some people may feel that veterinarians look after their own, but we want people to know that yes, the board will take action [if a complaint is brought to its attention].”

“It’s not that the standard of care is going down,” Downes said. “Pet owners are becoming more educated.”

Pet owners, armed with the Internet, are doing more research and are becoming familiar with medical terminology. She said that the department used to receive complaints about two pages long, but now they are about 10 pages full of medical jargon.

Pets are also now more likely to be considered a family member. When a pet dies, owners want to know how and why.

“[Pet owners] want answers, and if they are not satisfied with the results, they are going to file a complaint,” Downes said.

The Maryland Department of Agriculture’s new efforts may put some veterinarians on edge. Those who have gone before the board in the past or those concerned with their own practices may be a little fearful of the change, she said.

Veterinarians who want compliance, on the other hand, will see this as a good move, Downes said.

The department wants to educate veterinarians about license requirements and about being compliant with laws and regulations, and is currently brainstorming ideas on how to carry this through. It’s a work in progress, she said.

In the meantime, the state recently hired an investigator whose job, in part, is to investigate a case once it has gone to the board as well as conduct hospital inspections. Last year, the department hired a part-time assistant attorney general to take on a veterinarian’s attorney once the board has a formal hearing.

The media reports that will be sent out are also works in progress. There are still some details to work out, such as how much and what type of information to publish, but this is a start, Downes says.

Other cases listed in the recent media report include: