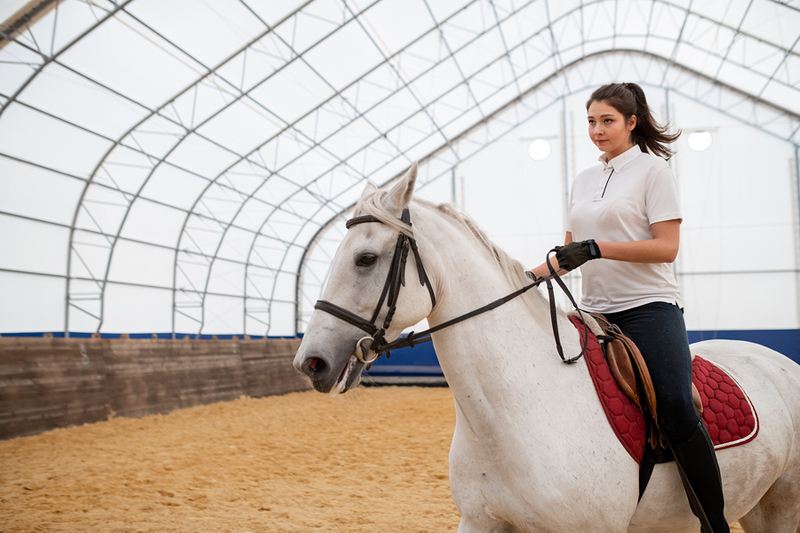 Exposure to latex might have a negative effect on a horse’s respiratory health.

This is according to new Morris Animal Foundation-funded research out of the United Kingdom’s Royal Agricultural University and University of Nottingham, which suggests natural rubber latex could be among the allergens responsible for causing severe equine asthma (sEA).

The finding is derived from a larger study on the disease, which tested nearly 400 extracts and proteins common in equine environments on blood samples from 138 horses from Switzerland, France, the United States, and Canada.

Research found that, in addition to allergens already suspected to contribute to sEA (e.g. pollen, mould, insect proteins, etc.), latex also plays a substantial role, with four of the five most significant allergens associated with the condition being latex proteins.

“Research to date has generally implicated fungi and bacteria as the predominant allergens associated with sEA, so this was a little unexpected,” says the study’s lead author, Samuel White, PhD (Cand), M.Sc., B.Sc. (Hons). “We would need to learn more about how these allergens affect actual predisposed horses, but avoidance of latex allergens may still be beneficial.”

Diagnosed in all breeds of horses, sEA is a debilitating and chronic allergic respiratory disease that affects 14 per cent of horses in the Northern Hemisphere, Morris Animal Foundation says. When exposed to allergens, these animals can experience inflammation and constriction of the airways, as well as excessive mucus production.

Horses primarily come into contact with natural rubber latex on artificial riding surfaces, such as arenas and racetracks. Until now, the material had not been tested due to limitations associated with classical allergen assessment methods.

“This new finding highlights the need to better understand the potential health effects of the environments we expose our horses to,” says Morris Animal Foundation’s chief scientific officer, Janet Patterson-Kane, B.VSc., PhD, FRCVS. “It’s crucial we identify which allergens might cause them distress so we know what to avoid as well as develop appropriate treatments.”

The findings have been published in the Nature journal, Scientific Reports.