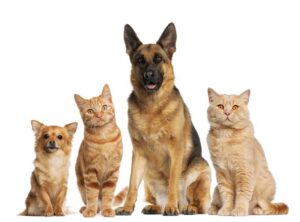 If you read self-improvement materials or listen to motivational speakers, you hear a few recurring themes, such as:

1) Celebrate your uniqueness
2) Be your best self
3) Be good at “you.” Everyone else is taken
4) You can be anything you want
5) It’s hard enough to change yourself, let alone change someone else

Thinking of those five examples literally took me 30 seconds, as the concept of “you” has been drilled into us from the first cooing of parents and grandparents whispering, “You’re so special.” Of course, we buy into that concept of uniqueness (God knows every hair on our head), no one has our fingerprints or the same irises, and even our phones and tablets can recognize our facial image. But what about pets?

That seems to be a whole different story, one that varies if you’re the pet’s guardian, friend, or caretaker. And this is where both the problem and the opportunity lie.

The genesis of this story was a conversation I had with the owner of an English bulldog (the breed matters here) at North Idaho Animal Hospital in Sandpoint, Idaho, where I practice. I’ll call the dog Roscoe and the owner Connie.

I saw the puppy for his last set of vaccinations; the previous visits had been with one of my six veterinary colleagues. I told Connie my approach to the visit might be different from others she had had over the past two months, as I wanted to focus as much or more on Roscoe’s emotional well-being than his physical well-being/preventive care. My first question hit Connie so hard, she could have been the dictionary illustration for gobsmacked.

In the spirit of Fear Free Happy Homes, I asked, “Is Roscoe happy?”

Connie, who I estimate is in her early seventies, paused. When her arched eyebrows finally came back to earth, she inhaled and then teared up. After a somewhat uncomfortable pause for my nurse Michelle and me (Roscoe was quite happy eating bits of Beggin’ Strips), she replied, “No.” Catching her downcast eyes as they came back up, I nodded and said, “Tell me why you think he’s not happy.”

Feeling that I truly cared about her welfare as well as Roscoe’s, her concerns poured out:

1) She works long hours doing volunteer work at a local hospital and her partner makes Roscoe stay in a carrier all day with no potty or exercise breaks. They have a newer townhouse and he didn’t want the dog soiling the rug, chewing on furniture, or going into forbidden parts of the home.

2) Connie thinks Roscoe has separation anxiety, as he whines a lot and fights attempts to put him in his carrier.

3) Loud noises, such as construction sounds next door (pounding, a nail gun, dropping construction debris), cause him to shiver, shake, or hide.

You May Also Like  Words of wisdom to use or lose

4) Roscoe doesn’t have a playmate at home, and Connie’s been afraid to take him to the dog park (more on that later).

5) He is very uncomfortable having certain parts of his body handled (feet in particular).

These diagnostic signs were so much more important than what could be gathered from a thermometer, stethoscope, or my hands. It was my ears and my ability to listen that were going to make a life-changing difference for both Roscoe and Connie. What I didn’t realize was that my professional life would never be the same as well.

No two pets are alike

Connie asked me if I was in a hurry and I said no, as I was only working a half day and this was my last appointment. Relieved, this wise one began giving me the life lesson that I’m passing along to you, which can be summed up in a word—uniqueness. Connie explained:

1) Connie’s grandparents, parents, siblings, children, and grandchildren also had English bulldogs. It was familial doggy DNA. Her very earliest memories had to do with bulldogs, as were her most recent ones. She didn’t remember the earlier dogs having breathing issues.

2) She explained that as children, she and her brother got to pick out two bulldogs, a boy for him and a girl for her. Not only were her brother and she very different people, the two bulldogs from the same litter were very different pets. She illustrated this point by describing the activity levels of the pets and their owners, as well as appetite, friendliness, reactivity, patience, desire to learn new tricks, and body condition.

3) Not only were the dogs sourced differently (first bulldogs from area breeders, Roscoe purchased over the internet and shipped), they were raised differently. The first dogs of her memory were mostly outdoor pets; Roscoe was almost exclusively an indoor one with very little exercise because of a physical disability Connie has that limits her mobility. Early dogs were thin and muscular; later ones overweight or obese. The first dogs could explore the farm; she didn’t want Roscoe off the leash for fear he’d get hurt.

4) First dogs ate table scraps, the later ones ate commercial food from the grocery store, and now a high-end specialty diet from a pet store (which she worried wasn’t good enough because she wasn’t feeding a commercial raw diet).

5) Connie’s daughter had told her she shouldn’t feed Roscoe out of a food bowl, but rather a food-dispensing device. Other recommendations included making him do tricks to receive treats, exercising him until he was panting tired, and socializing him with other pets and people.

These five points didn’t take an hour to dribble out. Instead they were puked out in nervous excitement in about five minutes. Looking past the detail, I got the very point she was trying to make: Roscoe was exactly like no other bulldog she’d ever had. I realized I had fallen into the trap that snares most of us:

If Connie hadn’t given me the equivalent of Randy Pausch’s “Last Lecture,” I would have just examined Roscoe from tip-of-nose to tippy toes, dialed through the list of probable and potential health issues; emphasized the importance of nutrition, maintaining an ideal body condition, and daily oral care; and then giving the vaccines using Fear Free techniques so the experience was a pleasant one for both Roscoe and Connie.

Yet, based on the information Connie gave me about her experience with bulldogs in general, and Roscoe’s life specifically, I started to winnow this information (history and my exam) down to what would affect Roscoe’s, and by extension, Connie’s, physical and emotional well-being the most:

1) Most importantly, I wanted Connie to know the veterinary health-care team and I would look at and treat both Roscoe and her like the precious individuals they are. I would use her life experiences with dogs, her descriptions of why she didn’t think Roscoe was happy, his environment, and her desires for him to help craft a life where they were optimally happy, healthy, and living life to its full potential.

2) Connie was upper middle income, but had fallen victim to the pimple-faced, 19-year-old recent high school graduate posing as a pet nutrition expert at the chain pet store who upsold her on a super-premium food that a) wouldn’t provide health benefits not found in a more modestly priced food available at her grocery store, and b) would most likely make the dog overweight or obese. I recommended a couple of puppy foods, told her to measure out portions precisely, use a food puzzle to feed (I gave her examples), and limit treats to 10 percent of Roscoe’s daily caloric intake.

3) We talked about how a puppy can’t hold his urine all day, about using playpens or barriers to restrict movement in the house, and the use of daycare for pets and/or pet walkers. When the issue of dog parks came up, she said she didn’t like to go because with her last dog, some of the other dog owners told her she was being cruel by even having a bulldog, what with all their health problems. As a result, she felt embarrassed and hurt. We discussed how with exercise and socialization, the perceived signs of separation anxiety might go away; if not, we had trainers, veterinary behaviorists, and treatments. For noise, we talked about compression garments, nutraceuticals, and pharmaceutical solutions. They didn’t have to get a playmate for Roscoe (given their limited budget, smallish townhouse, and their advanced age and mobility) if they used doggy daycare and playtimes at a local facility.

4) Upon questioning, Connie told me Roscoe didn’t have any problems with his feet being handled until a family member offered to trim his nails and quicked him. Knowing we can’t scrub the amygdala of traumatic memories, I knew we’d almost certainly use pre-visit pharmaceuticals for all future nail trims.

Here’s the bottom line. We humans abhor being treated as a number, a faceless commodity, or being on the receiving end of robotic protocols. We relish service providers getting to know us, our history, our likes and dislikes, what it takes for us to feel pampered and appreciated, and cared for and catered to.

Our goal is to create a personalized pet health protocol for each animal that, through regular, sustained, pleasant visits to the veterinarian, gives them the best chance possible for optimal health, happiness, and enrichment. Regular professional assessments allow for accurate scoring of body condition, dental health, pain, and fear, anxiety, and stress (FAS), with a goal to use all tools available to keep all scores as close to optimum as possible.

Besides these bedrock barometers of well-being, we’ll memorialize and utilize information on things that can seem little, but can score big, such as the pet’s favorite place to be scratched or petted, whether the pet has a right or left paw preference, whether she likes canned or dry food, his favorite type of bedding, a preference for males or females, cue words to perform tricks or eliminate, and more.

Want to drive the point home even more? Think of your own pet. How do you view this magnificent, one-of-a-kind being? If you were a pet owner bringing this pet to the veterinarian, how would they view him or her?

I used to have a national radio show and I ended it by saying, “There’s only one greatest pet in the world… and every family has her.” Spending just a little time with a pet owner at the start of the relationship and getting to really know the two parties will pay benefits to all parties that will last a lifetime.