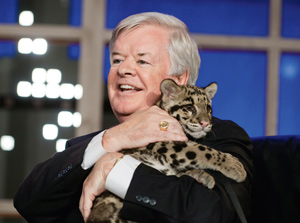 Heidgerken said he planned to continue the original vision of the corridor and attract more animal health companies to the region and support key initiatives that are larger than any one company. Such initiatives include addressing the issues of antimicrobial resistance, food-borne pathogens and zoonotic disease.

The companies presenting at the forum were:

Read the full article in the November issue of Veterinary Practice News. To read the article, readers must be a subscriber. To subscribe, click here.